AAUW Honolulu stands in solidarity against the country’s racism. We join those who are mourning people who have been unjustly killed, including George Floyd, Ahmaud Arbery and Breonna Taylor. 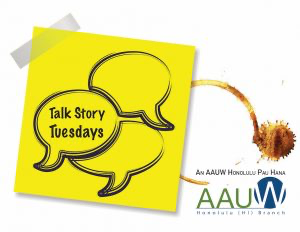 Are the high costs of conferences, meetings, seminars and certifications are holding you back from advancing in your industry?

Hear from grant awardees Grace Arends, Lindsay Young, and Momilani Marshall about their experiences with AAUW Honolulu’s grant at August Talk Story Tuesday on Aug. 11, 6 pm to 7:30 pm. We’ve moved the event online, so no worries about traffic or parking.

And keep an eye out for applications for the Career and Leadership Development Grant!

Get Started on Our Upcoming Book Discussion Group Selections!

Our next Book Discussion Group meetings won’t be until October 2020 and January 2021.

Fight the boredom of lockdown by reading our selections early! 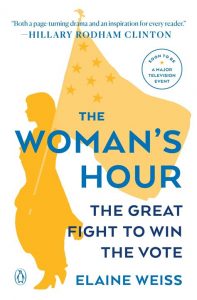 Nashville, August 1920. Thirty-five states have ratified the Nineteenth Amendment, twelve have rejected or refused to vote, and one last state is needed. It all comes down to Tennessee, the moment of truth for the suffragists, after a seven-decade crusade. The opposing forces include politicians with careers at stake, liquor companies, railroad magnates, and a lot of racists who don’t want black women voting. And then there are the “Antis”–women who oppose their own enfranchisement, fearing suffrage will bring about the moral collapse of the nation. They all converge in a boiling hot summer for a vicious face-off replete with dirty tricks, betrayals and bribes, bigotry, Jack Daniel’s, and the Bible.

Following a handful of remarkable women who led their respective forces into battle, along with appearances by Woodrow Wilson, Warren Harding, Frederick Douglass, and Eleanor Roosevelt, The Woman’s Hour is an inspiring story of activists winning their own freedom in one of the last campaigns forged in the shadow of the Civil War, and the beginning of the great twentieth-century battles for civil rights.

Social Security, Unemployment Insurance and other society safety nets are often taken for granted…until we need them. Never before has the need for unemployment insurance been as great as during the COVID-19 Pandemic of 2020! Frances Perkins, one of Franklin D. Roosevelt’s closest friends, and the United States’ first female Secretary of Labor was the architect of this Depression Recovery Programs.

Kirsten Downey’s substantive and inspiring biography not only illuminates Perkins’ career, but these important programs that are a critical fiber of our society today. Through “The Woman Behind the New Deal” we will begin to understand the struggle to make these programs the law of the land; the foundation for social safety nets the New Deal laid; and launch a dynamic discussion of the role these programs play in 21st Century United States

Get Your Family and Friends Work Smart — Online!

You know that women are paid less in the workplace — but did you know AAUW’s Work Smart program, which teaches women to negotiate for higher salaries, is available online?

AAUW’s Start Smart and Work Smart programs are designed to empower women with the skills and confidence to successfully negotiate their salary and benefits packages. By learning strategies and practicing effective language, participants gain valuable skills they can use throughout their lives — well beyond their next negotiation.

Click here to contact the AAUW Honolulu Start Smart coordinator for more information about how you can participate in the program locally!

Click here to learn more about the Start Smart program and how to participate as a facilitator, ambassador, campus or participant.